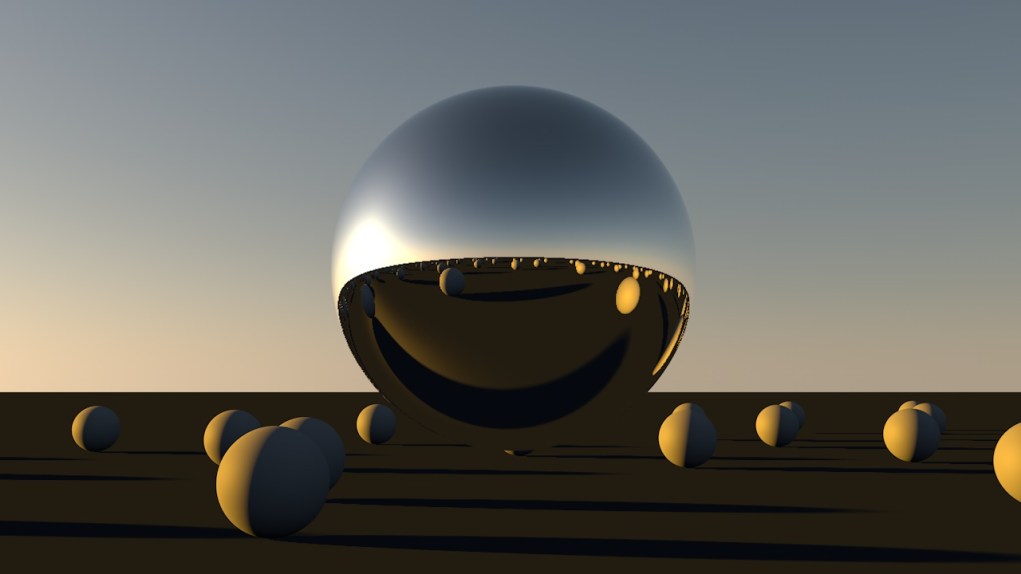 This project file allows you to render Equirectangular images out of Cinema4D and have control of a “360 camera” to move through a scene and render out 360 video. This in not stereoscopic video but spherical 360 image sequences that can be uploaded to Youtube or Facebooks 360 video supported playback.

In this project file you will see a sphere named “360 Camera” this sphere is the camera. This sphere has a completely reflective texture on it, it’s size is 10cm diameter, it’s rotational segments are set at 1000 to minimize any facets from showing. This way this works is that it takes the refection of the spheres enviroment and bakes it onto the surface of the sphere creating a spherical image.  To do this attached to the sphere is a Bake Texture tag that is where you will control the output of the Equirectangular imagesWithin this tag you have some options:

Under the TAB –> tag

FilePath (Where the images will be saved) Under the TAB –> details Under the TAB –> options

Make sure Reflection is checked If you would like to animate the “camera” moving through the scene you can just animate the “360 camera’s” or sphere’s position in space.

Single 360 image rendered out of Cinema4D this using project file

Note: Dynamics or environmental changes with not work when animating the spheres position using this method, it’s best for still environments.